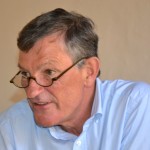 On the feast of Saint Eugene de Mazenod, Bertrand MORARD, gave a lecture in which he made us discover the role of Fathers Courtès, Marcou and Suzanne in the first years of the Missionaries of Provence. Read more 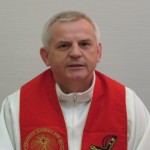 Aix Bicentenary Pilgrimage, going back to our roots

The Provincial of the Assumption Province, Canada, and his Council were recently in Aix for a pilgrimage. Two days of their stay in Aix were set aside for a retreat. Fr. Bonga preached their retreat and lead them on their pilgrimage in Aix and Marseille. They spent time after the retreat for the Provincial council meeting. In this article, Fr. Marian GIL, the Provincial, beautifully reflects on his “chaotic” arrival in Aix, seeing it, symbolically, as a call to properly begin his personal pilgrimage, back to our root, where it all began. Read more 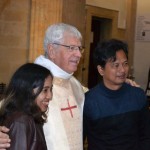 The grace of being in Aix during this special year

Year 2016 has been indeed a year of grace! Being in Aix during this special year has been so enriching and encouraging! It is striking to see that the Spirit which animated our forefathers, 200 years ago, is still blowing with much force, touching hearts throughout the world. Read more 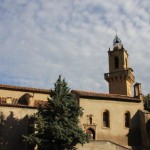 Bicentenary of the Oblates’ mission in Grans

On the 5th of May, at 11h45, the bicentenary of the first mission preached by the Missionaries of Provence (Oblates) will be celebrated in Grans. The ceremony will be held before the cross of the mission which is located at the intersection of Boulevard Victor Jauffret and Rue Aristide Briand. Read more 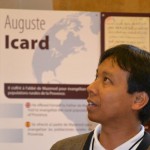