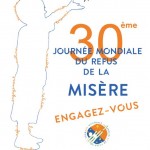 The Eugene de Mazenod International Centre has joined forces with those who fight poverty, ensuring that the dignity and rights of every human person are respected. “We will always be close to the people with whom we work, taking into account their values and aspirations.” (Constitution no.8 of the Missionary Oblates of Mary Immaculate.) Read more 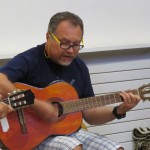 “Give us a part of your mind!” It is the theme of the retreat that the 20 Italian laity of the AMMI (Missionary Association of Maria Immaculate), accompanied by two Oblate fathers from the Mediterranean Province, did in Aix-en-Provence on August 23-27. Read more 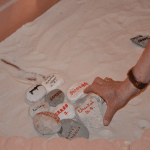 There were 14 people, 8 lay persons from Aix and Strasbourg and 6 Oblates from Marseille and Pontmain, who participated in the retreat led by Joseph Bois, with the theme: « In the name of God let’s be saints! » (Eugene de Mazenod, February 18, 1826) Inspired by the life and works of Saint Eugene de Mazenod, with the Word of God as the basis, the participants attempted to uncover what kind of sainthood they are called to today. Read more 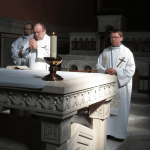 Visit of the Oblates of the France-Benelux Delegation

It was with a great joy the community of Aix welcomed a group of Polish Oblates of the France-Benelux Delegation who came on pilgrimage to the sources of the Congregation. Read more 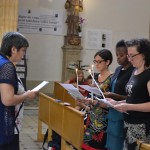 The COMI have just left their Father’s house in Aix, after ten days. Silence falls in the cloister and in the common spaces of the House, where they shared the joy of living in the same places of St. Eugene and filled these places by their prayers, their sharings among themselves and their liveliness. For the first time, three continents of the COMI world found themselves together in Aix for a retreat and interchapter meetings: approximately 30 participants, mostly Italians, but also an Uruguayan and three Congolese. Read more