Bicentenary of the Oblates’ mission in Grans

On the 5th of May, at 11h45, the bicentenary of the first mission preached by the Missionaries of Provence (Oblates) will be celebrated in Grans. The ceremony will be held before the cross of the mission which is located at the intersection of Boulevard Victor Jauffret and Rue Aristide Briand. 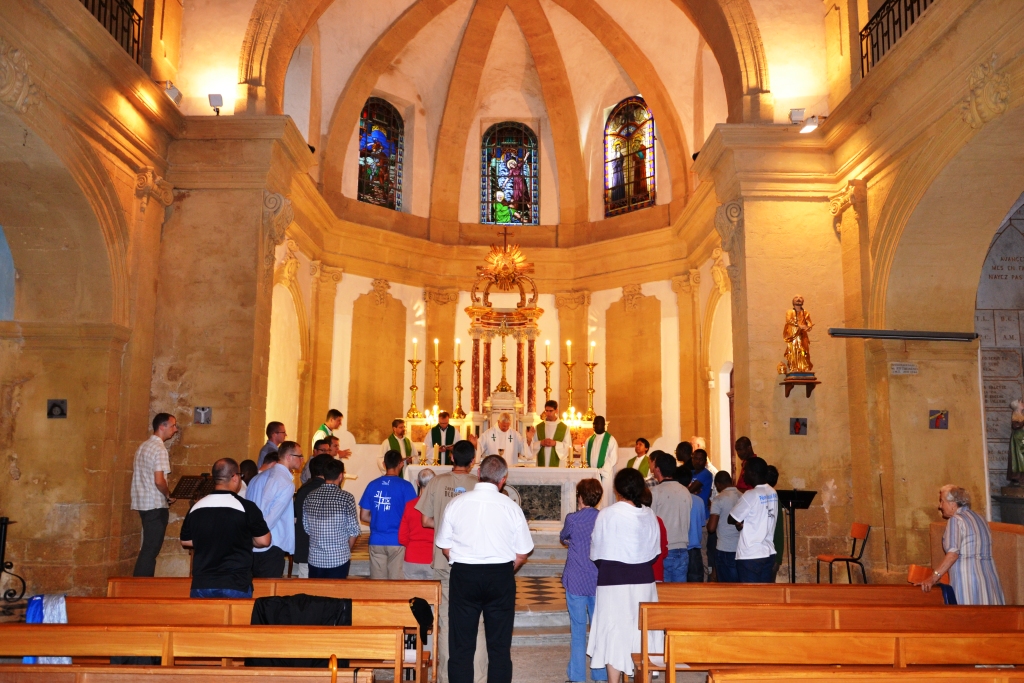 Oblates’ Scholastics during Mass in Grans in July 2014

In February 1816, at the request of the mayor, Roze-Joannis, who invited saint Eugene de Mazenod to Grans with his three companions (Fathers Deblieu, Mie and Icard) to preach their first parish mission. They came into a suburb that had lost its care and interest for the poor peasants who did not speak French. Eugene and his companions preached to them in Provençal and adapted to the schedule of those who worked in the fields. One may ask, why did they come to this suburb? It was mainly because they wanted to take care of the poor and the destitute who had turned themselves away and to reconcile them with each other after years of profound upheaval which had divided the French population. This mission will be the first mission of those who will later become the Missionary Oblates of Mary Immaculate who, at present-day, have approximately 3800 members, present in more than 65 countries. Throughout the world the name of Grans is cited when talking about the history of Saint Eugene, the missionary of the poor. Each year the Oblates from around the world come to Grans to discover this village. As from now, at the entrance of the village, visitors will be welcomed by the cross of the Mission of 1816 that has been restored with a plaque on its base commemorating this event.