St. John Paul II declared, “I want to address you young people, you are the future of the world, the hope of the Church, you are my hope”. Moved by these words, we are twelve young people to have made the choice to join the Mazenodian Fraternity this academic year. More than just for accommodation, we all want to discover, learn from each other and live a meaningful year, both professionally and spiritually. 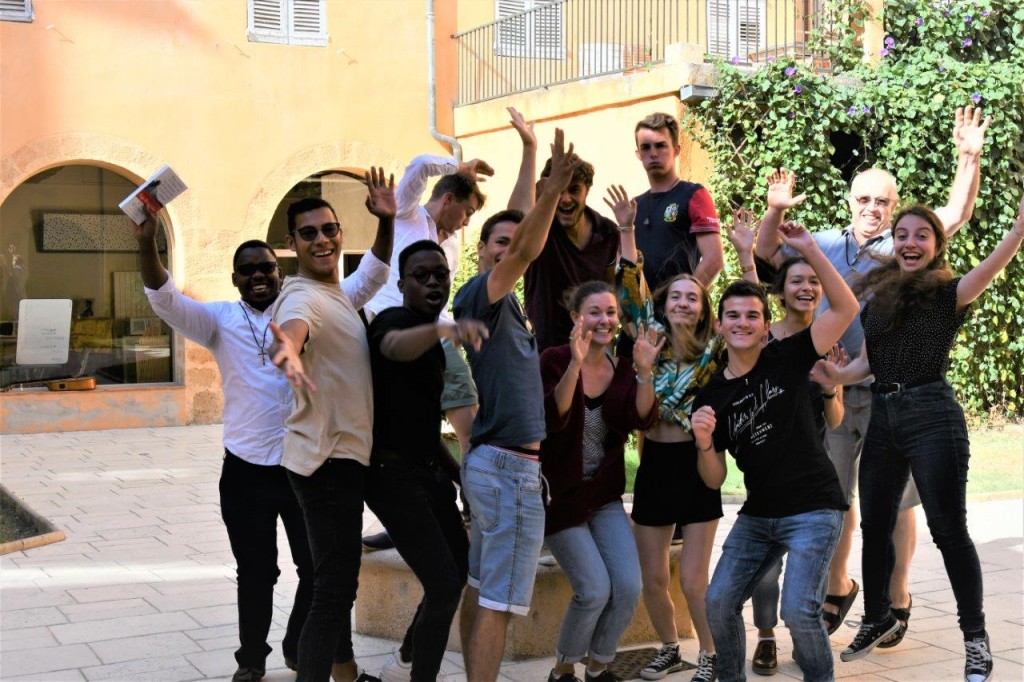 Consequently, on Saturday, September 7, we began the weekend of integration. A great moment of encounter! This weekend allowed us to be serene about the coming year. Brother Benoît and Father Bonga concocted a beautiful program that combined spirituality, discovery of the other / of oneself and time of conviviality. In this perspective, the morning was dedicated to a time of prayer, personal meditation, the Eucharist and then meals, successively.

Meals became a highlight of the gathering where we learnt the origins of each other, the program of studies undertaken, the aspirations of each one. In short, we exchanged information necessary for the discovery of the other. This knowledge, initially superficial, left room, at 15h, for a deep and sincere interaction. The workshop entitled, “Who am I? “, carried a profound meaning. Of course, it is easy to schematize “I am x, I am xx years old, I study law / literature / art… I am passionate about cinema; I prefer dogs to cats”. However, that is not what we truly are, at least it does not represent our depth. From this perspective, this workshop marked the beginning of something beautiful, great, which has surpassed us all and submerged to varying degrees. We had to bring an object that symbolizes us. In this way, each one revealed, discreetly and modestly, what made him, that is to say, a unique, complex being. Everyone’s sharing was received with respect and kindness.

Then, to better understand the history of the place that shelters us, Brother Benoit and Father Bonga lead us to discover the premises. Passing through different corridors, we became aware of the vast legacy of the Oblate congregation: we were treading on a history that was almost 203 years old. The visit ended where we had started, around the fountain in the cloister. Some pictures were taken occasionally by Brother Benoit to immortalize the weekend. 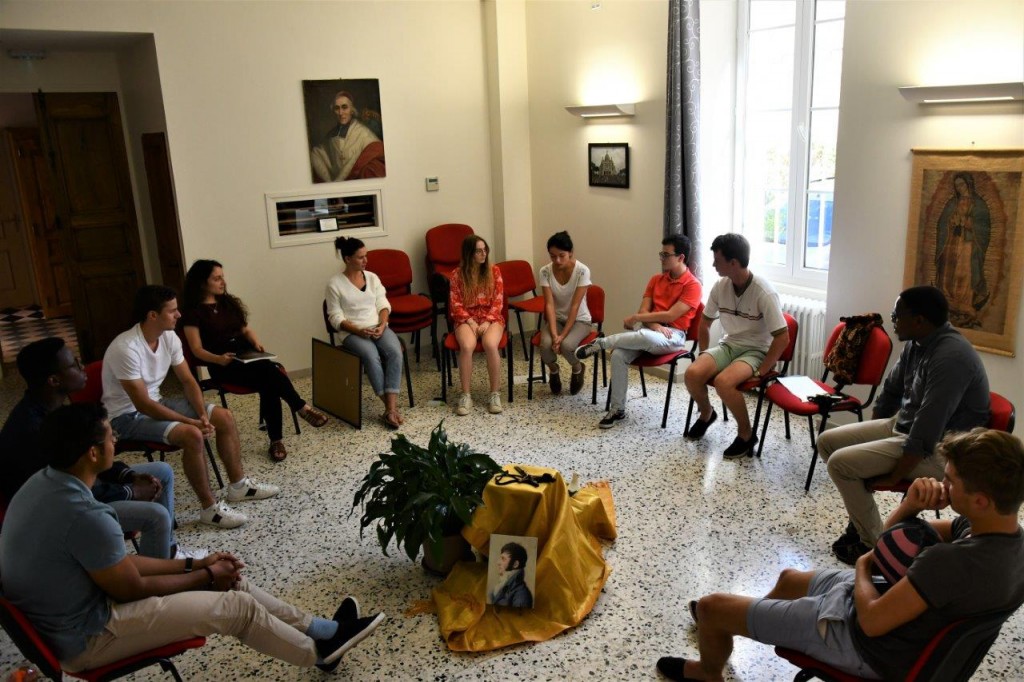 It was time for dinner. Around a good meal (hamburger-fries!), we got to know each other better. Community members of the Oblate congregation, from as diverse background as Spain or the United States, honoured us with their presence. In the kitchen, while cleaning, drying and storing utensils and cutlery, a jovial atmosphere sets in; in the simplicity and friendliness of the moment, I think we already shared a common feeling of gratitude for being there.

The day ended with a prayer time in the chapel. Everyone shared his experience of the day, an overall feeling emerges: confidence in the future, faith in this group; already united after passing merely a day together.

After a good night’s sleep, we gathered in the morning for a time of prayer, prepared by the “elders”, that is to say those for whom this life experience was not something totally new, since it is their second year among the Oblates.

A personal time of reflection followed afterwards, where we were invited to write down our project for the year, what everyone, in the deepest of oneself, wants to make of this particular year. This is a personal and confidential letter; it will be opened and proposed for evaluation at the end of the year to help in making one’s personal assessment of the year, whether expectations and commitments were met. The 12 envelopes with our letters were entrusted to the Lord during the Sunday Eucharistic celebration.

The parishioners of the Church of the Mission were asked and encouraged to remember us in their prayers. At the end of the Eucharist we were given the book of Pope Francis “Christus Vivit” a powerful letter addressed to the young people and to all the people of God.

Fraternity is also conviviality and so we gathered together in the cloister for aperitif before enjoying the Sunday lunch, which was also an opportunity for some to practice their English and / or Spanish by talking with Oblates from around the world who are currently in Aix for their spiritual renewal session, indeed for them Aix is a place of healing and renewal and of being closer to their Founder. 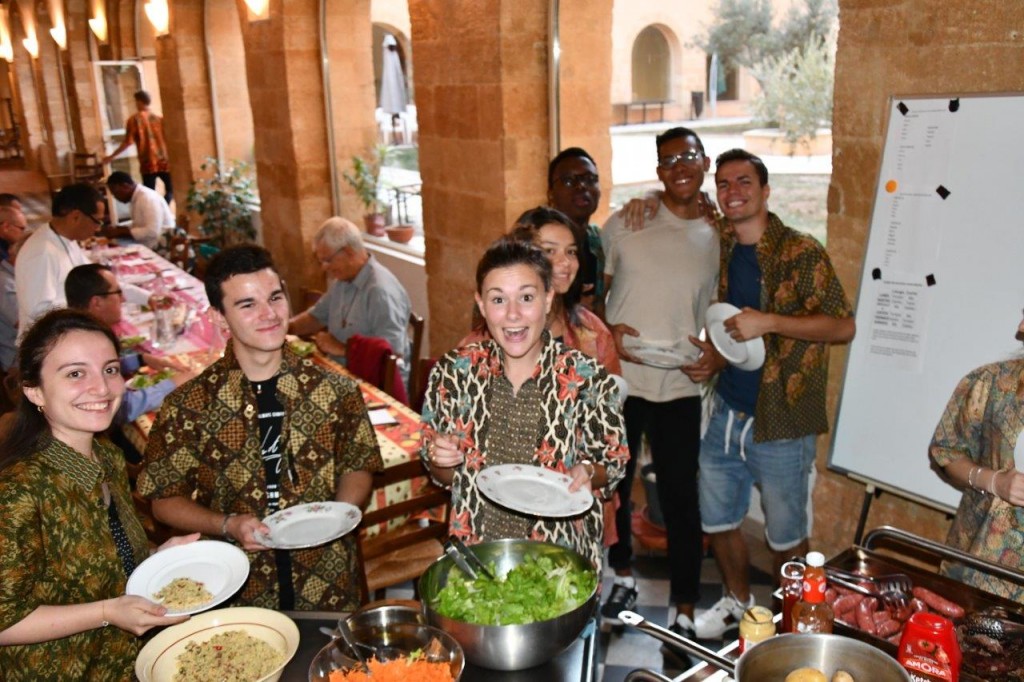 The afternoon was dedicated to the practical organisation of the FRAT and to establish guidelines to allow us to live together in a healthy and a lifegiving manner. Task teams i.e. SPI, Meals, Laudato Si etc, were formed; upcoming important events were highlighted including a weekend with the Chavril community in Lyon; dates for important rendez-vous, like meals and prayers, were fixed.

This weekend ended with a barbecue, during which Father Asodo offered each one of us a Bartik shirt typical of his country, Indonesia, what a nice surprise! An additional element forging a little more our common life and identity!

Hence, the members of the Fraternity experienced this weekend as a moment of encounter and discovery, exchange and trust. Expressions such as: enriching, powerful, joyful, smiles, listening, sharing, lifegiving and trust sum up the entire experience! 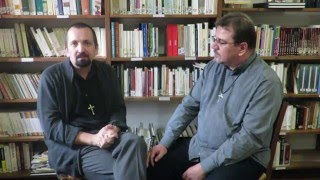