Polish Oblates on retreat at Aix

Posted on February 5, 2015 by admin@centremazenod.org 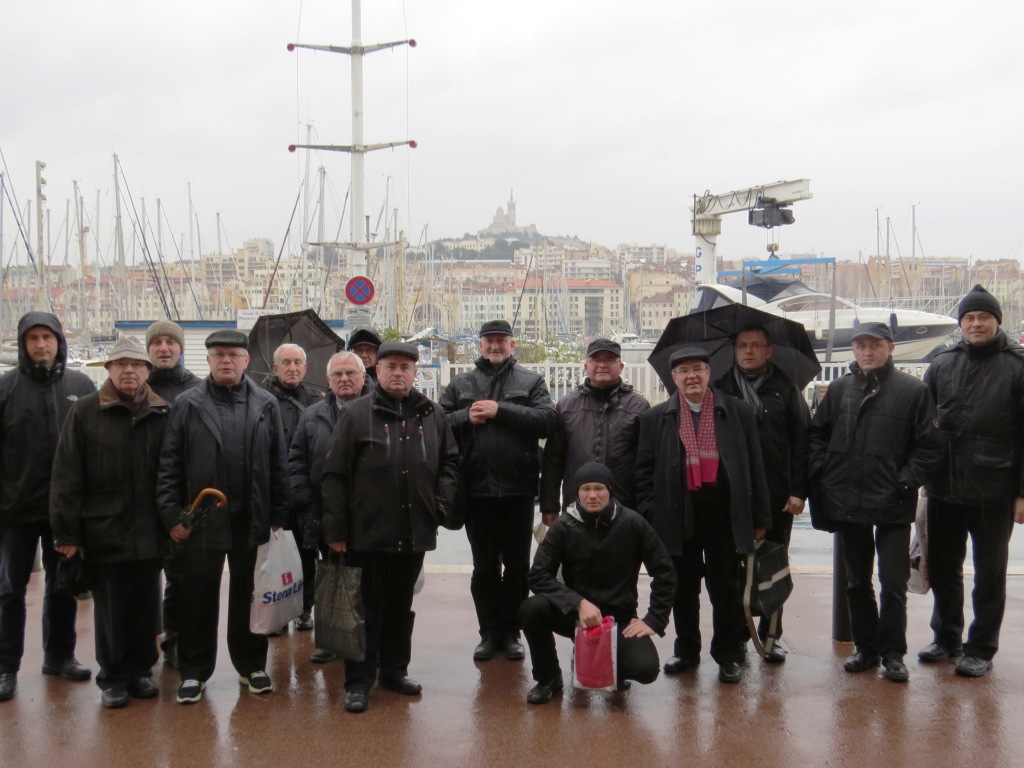 The retreat for the community Superiors from the Province of Poland finished at Aix one week before the 199th anniversary of the Foundation of the Congregation. This retreat, given around the theme « Aix, our Holy Land », above all, allowed the participants to get to better know the place where the Congregation was founded. But it was also a time for prayer, and for meditation on Oblate writings. The first texts of St. Eugene de Mazenod on Community and the place of formation in the life of the Congregation, were also considered. These are two important elements for Oblates in preparation for the Bicentennial Jubilee of the foundation in 2016.

Among the participants were Fr. Marian PUCHALA, Vicar Provincial, certain members of the new Provincial administration in Poland, and Superiors from Ukraine, Norway and Russia. It was Fr. Karol LIPINSKI who travelled the farthest – for several years now, he has been on mission in Siberia, about 5.500 kms east of Moscow.