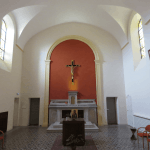 The placement of the new cross in the Chapel of First Vows was part of the celebration of the bicentennial of the foundation of the Oblates of Mary Immaculate. This cross, blessed on February 17, 2017, is a gift from the Oblats of the Assumption Province in Canada. Father Marian GIL, Provincial of the Assumption Province, recounts the story of this cross in the following words: Read more 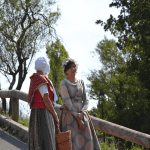 In September 1816, the missionaries of Provence, who later became Missionary Oblates of Mary Immaculate, preached a parish mission in Fuveau. They were four: Eugene de Mazenod, François de Paul Henry Tempier, Pierre Mie and Sébastien Deblieu. At the end of this mission Marius Suzanne, born in Fuveau, became a member of this budding community. Read more

Marie-Thérèse OTTAVIOLI gave a talk on Saturday September 10th in which she showed us the life and missionary work of the venerable Father Charles Dominique Albini. Read more 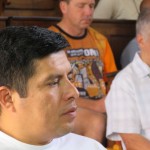 In a letter of December 8, 2013 to the Congregation, Father General presented the pastoral care of vocations as vital for the Congregation. This ministry is in a close relationship with the mission that the Oblates exercise together with young people. Read more 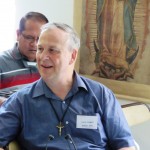 My dear Brother Oblates, As Superior General of the Congregation of the Missionary Oblates of Mary Immaculate I declare the First Congress on the Oblate Ministry of Vocations to be officially open! Read more