194TH ANNIVERSARY OF THE PAPAL APPROBATION OF THE CONSTITUTIONS AND RULES

Posted on March 7, 2020 by admin@centremazenod.org

On 18 February 1826, Eugene wrote a letter to Fr. Tempier sharing with him the good news, “My dear brothers, on February 17, 1826, yesterday evening, the Sovereign Pontiff Leo XII confirmed the decision of the congregation of Cardinals and specifically approved the Institute, the Rules and Constitutions of the Missionary Oblates of the Most Holy and Immaculate Virgin Mary…” 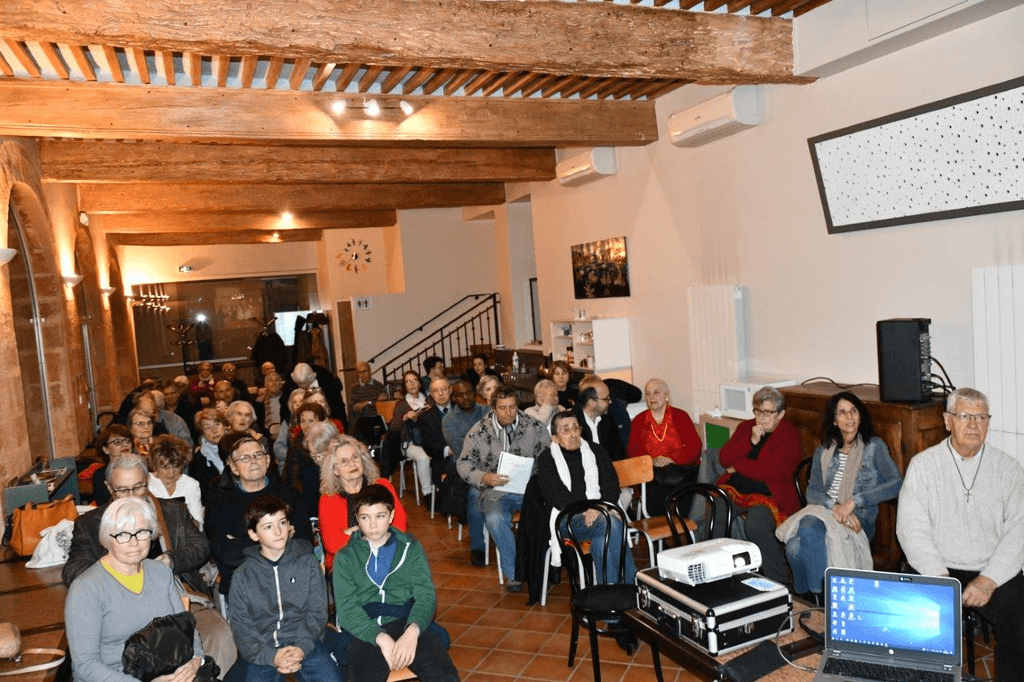 On Monday, February 17, 2020, 194 years later, the Suzanne Room at 56 Cours Mirabeau was almost too small to accommodate the faithful of the Mission Church, members of the Mazenodian Family and friends of the Oblate Missionaries. All had come to celebrate with the Community the 194th anniversary of the Pope’s approbation of the Congregation and its Constitutions and Rules.
A brief historical reminder, the reading of an excerpt from St. Paul’s letter to the Colossians, a time of silence, a prayer to meditate with Saint Eugene, some songs and the reading of excerpts from the letter of Fr. Louis Lougen, Superior General, allowed to share an intense moment of prayer in communion with Oblate Missionaries from around the world.
“The missionary project of Eugene and companions is written in our hearts…. we see its prophetic relevance for today… The Church in our own times, in various ways and in diverse places around the world, has been devastated.. This reality cries out with urgency to us and touches our hearts as it did Eugene’s.” Letter from Fr. Louis Lougen, Superior General, 17 February 2020. 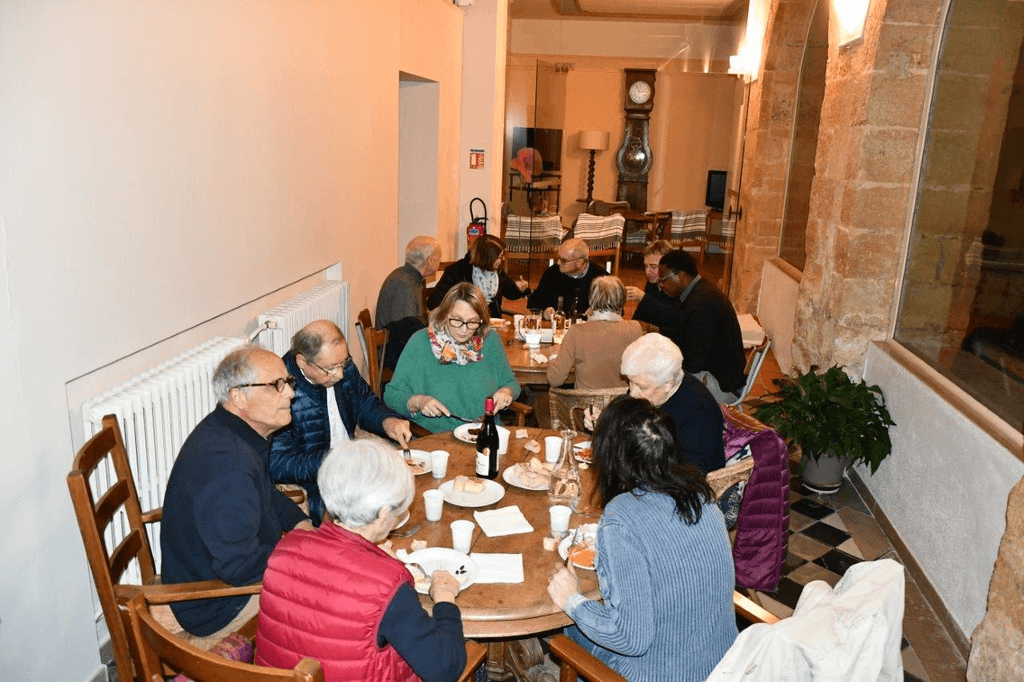 Bro. Benoit, then briefly recalled, using photos, what were the main stages and the highlights of Eugene de Mazenod’s life. He highlighted the human side of the Founder, his passion for humanity and his passionate love for Jesus Christ.

“…Man is the creature of God and you are the children of God, the brothers of Jesus Christ. O Christians, recognize your dignity, you who have been made partakers of the divine nature…” Eugene de Mazenod. Sermon of the Madeleine. 1813.

Eugene de Mazenod manifested this passion for humanity and for God, throughout his life to the poorest, the abandoned of his time… It is this same passion that the Oblates express in their rule of life: ” Through the eyes of our crucified Saviour we see the world which he redeemed with his blood, desiring that those in whom he continues to suffer will know also the power of his resurrection”(CC4) 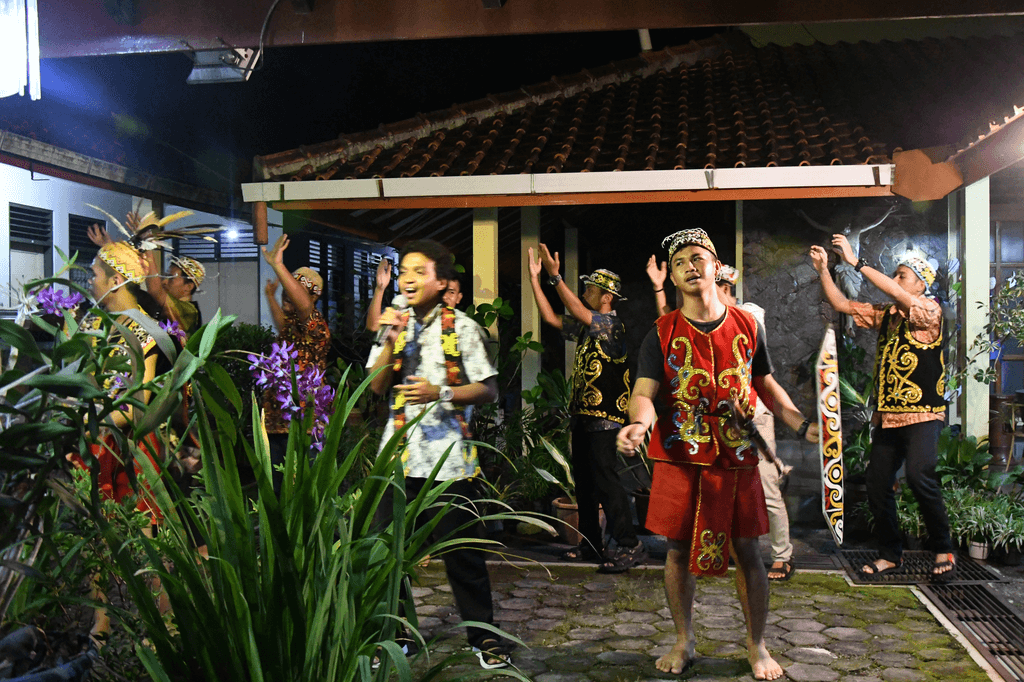 Building on this same idea Bro. Benoit shared some of the highlights of his recent visit in the Philippines and Indonesia, the largest Muslim country in the world where all religions rub shoulders.
Benoit was impressed by the presence of the laity who work effectively with the Oblates, by the vitality of the home based Christian communities, by the involvement of the Oblates in parishes, in schools, by the complicated life of the Oblate Brothers in the Philippines, by the participation of young people, by the joy shown by leaders of the Mazenodian Family during their meetings, by prayer, the missionary life that animates all communities.

A big thank you to Bro. Benoit for this testimony full of joy and hope. And it was in a mazendian fraternity that the participants shared the meal that closed this beautiful evening. 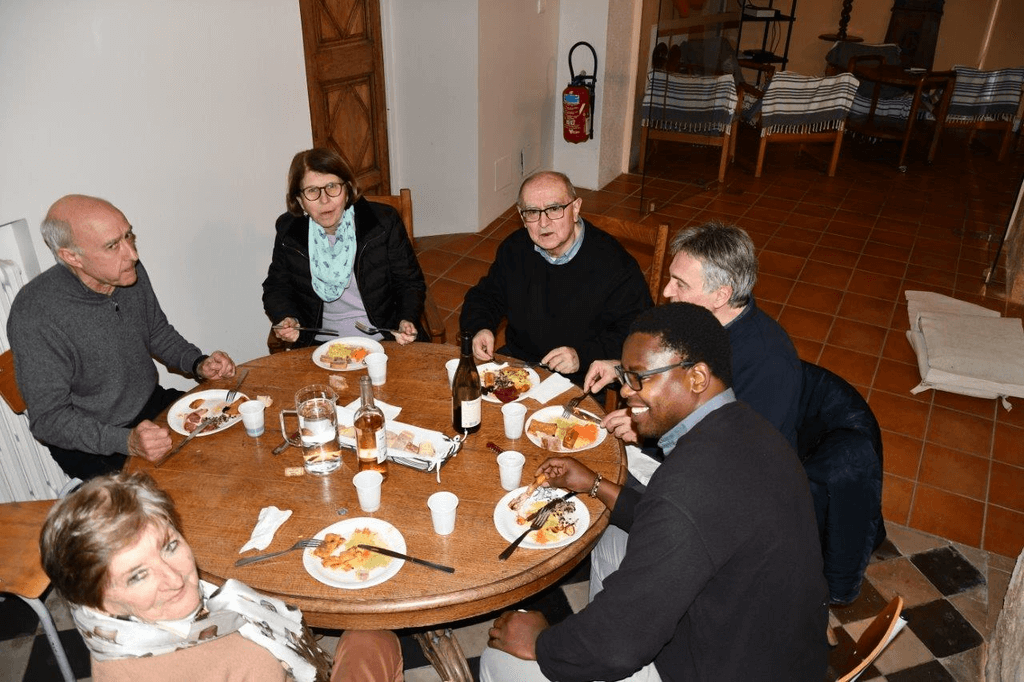