The placement of the new cross in the Chapel of First Vows was part of the celebration of the bicentennial of the foundation of the Oblates of Mary Immaculate. This cross, blessed on February 17, 2017, is a gift from the Oblats of the Assumption Province in Canada. Father Marian GIL, Provincial of the Assumption Province, recounts the story of this cross in the following words: 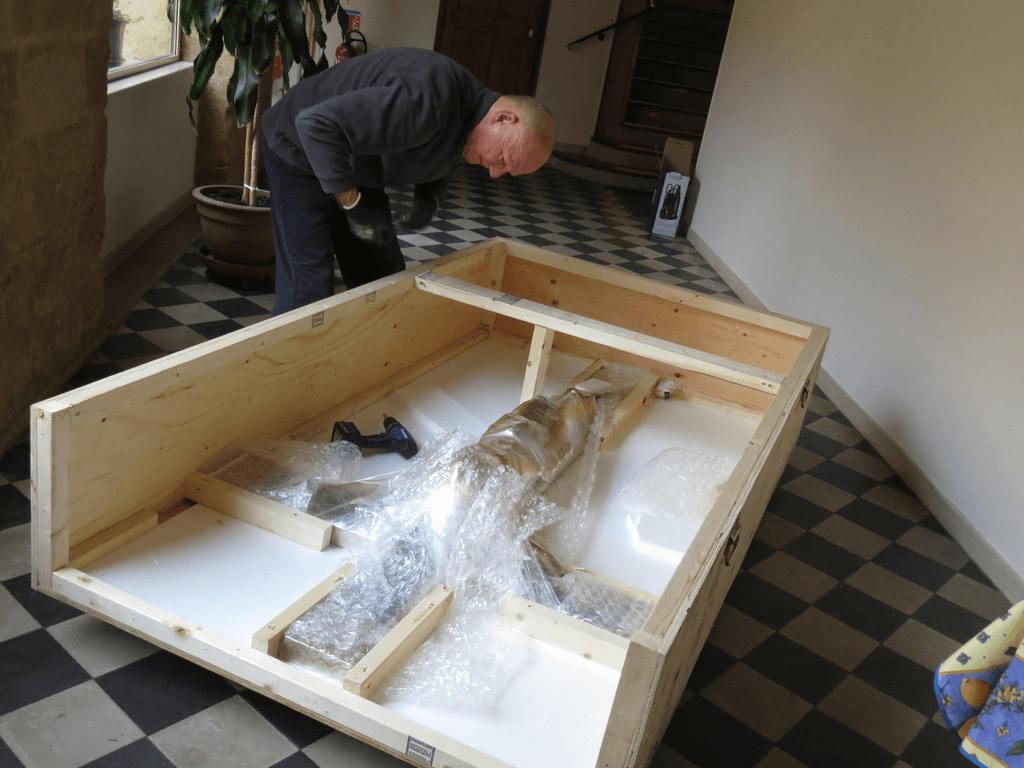 “The Assumption Province was privileged to respond to the request presented by the Superior of the Aix-en-Provence community Fr. Krzysztof Zielenda to sponsor an Oblate cross for the chapel of First Vows. During our retreat in May of 2016, Fr. Krzysztof complimented our province on the renovation of the statue of the Oblate Madonna at the General House in Rome and asked if we would be able to sponsor an Oblate cross for the International Centre. After a few months of searching for an artist who would be able to make this cross according to their requirements we found an artist of Polish origin living in Mississauga, Canada.

Ted Swiatek, upon receiving all the measurements and the details concerning this project, began an inspiring journey with the Oblate cross. He looked at many Oblate crosses that we received during our perpetual vows, took pictures, measurements and the project was on its way. For the cross he used cherry wood and black walnut but to carve the corpus of Jesus he used basswood to make sure that all the details of Jesus’s corpus are done properly. He made the first corpus out of clay and then transposed all the details of this almost human size figure to the wooden corpus. The next phase was finding a stain and paint that would match the colours of our Oblate cross. Upon completion he said that the project took him almost three months.

In September 2016, with the help of volunteers, we started to organize the shipment of the cross to Aix-en-Provence, which had to be properly secured in a large container. A few days before February 17, 2017, the large wooden box arrived at our Eugene de Mazenod International Centre in Aix-en- Provence. The size of the cross made quite an impression on the Oblates once the container was opened. The cross was then moved to the chapel of First Vows and a picture and message were sent back to us, saying that the Assumption Province can be proud of this cross, which looks beautiful in this chapel. This is a small contribution of our province to the place marked by extra ordinary events and life of not only our founder St. Eugene de Mazenod but many other Oblates. It continues to be a place of renewal and inspiration for the Oblates”.