In the footsteps of St. Eugene de Mazenod in Palermo

Posted on April 3, 2018 by admin@centremazenod.org

Last March, the community of Aix, invited by a group of lay people from Misilmeri, made a pilgrimage to discover in Palermo the places where Saint Eugene de Mazenod lived. He arrived there on January 6, 1799, and spent his last four years of exile in Italy. 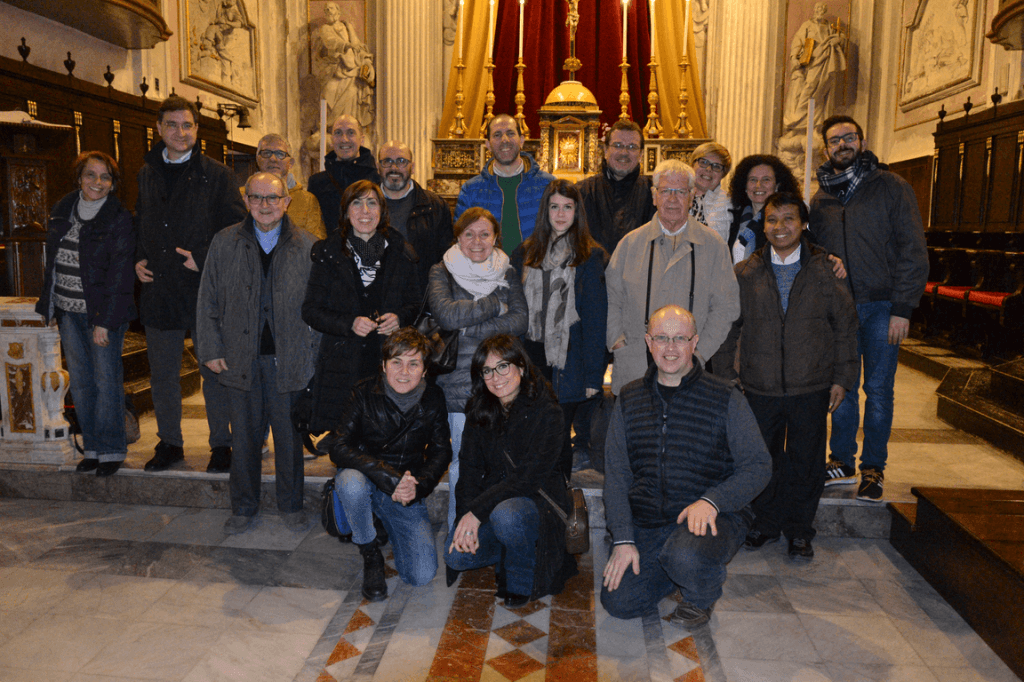 The palaces of Branciforte, Ventimiglia, Butera, the quarter of Tanners, the quarter Kalsa, the Church of Saint Ignatius in Olivella, the cathedral and so many other places make the stages of a route traveled in two days. With the texts of Saint Eugene on hand, the Oblates of Aix, guided by Ileana CHINNICI and Vincenzo DAVID, discovered these magnificent places and the events of their Founder’s life. Without a doubt, St. Eugene’s stay in Palermo has inspired many of his future choices.

The pilgrimage to Palermo was also marked by the fraternal welcome and friendly encounters around Sicilian meals with the lay group of Misilmeri. The group of passionate hearts of Saint Eugene welcomes with joy those who want to walk in the footsteps of the Oblate Founder in Palermo.

During the stay in Palermo, the Oblates of Aix were able to participate in the Mass celebrated on the occasion of the 50th anniversary of the independence of Mauritius. The pastoral care of emigrants is part of the mission of the Oblates of this city.