The historical context in which the Congregation of the Missionary Oblates of Mary Immaculate was founded will be the inaugural theme of the series of conferences on the birth of the Oblates on the occasion of the Bicentenary of their Foundation. The inaugural conference will be given on Friday, December 18, 2015, at 18h30, in Aix-en-Provence at the Diocesan house, room “Chêne de Mambré.” 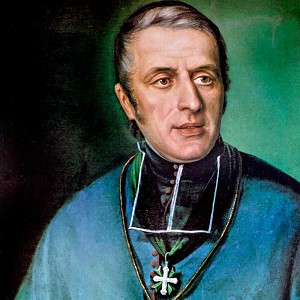 While he could have chosen an ecclesiastical career, like a number of his classmates in the seminary, Eugene de Mazenod, as a young priest, he chose to return to Provence. Indeed, who could have better evangelized the little people of Provence, other than the one who knew the Provençal language? Contracting a disease in 1814 made him realize that alone, he will never achieve the ministry he was feeling called to undertake and his work will have no future. Hence, the search for capable companions. His letter to Father Tempier, 27 years old assistant in a parish in Arles, gives us the essentials: “…read this letter at the foot of your crucifix with a mind to heed only God and what is demanded in the interests of his glory and of the salvation of souls from a priest like yourself… dwell deeply on the plight of our country people, their religious situation, ask your heart what it fain would do to counter these disasters…what I say to you, is that you are necessary for the work which the Lord inspires us to undertake! We wish to choose men who have the will and the courage to walk in the footsteps of the apostles.” The fragile construction of the society of the Missionaries of Provence launched in 1815-1816, will develop in a historical context that had influenced his missionary choices.