Posted on February 21, 2018 by admin@centremazenod.org 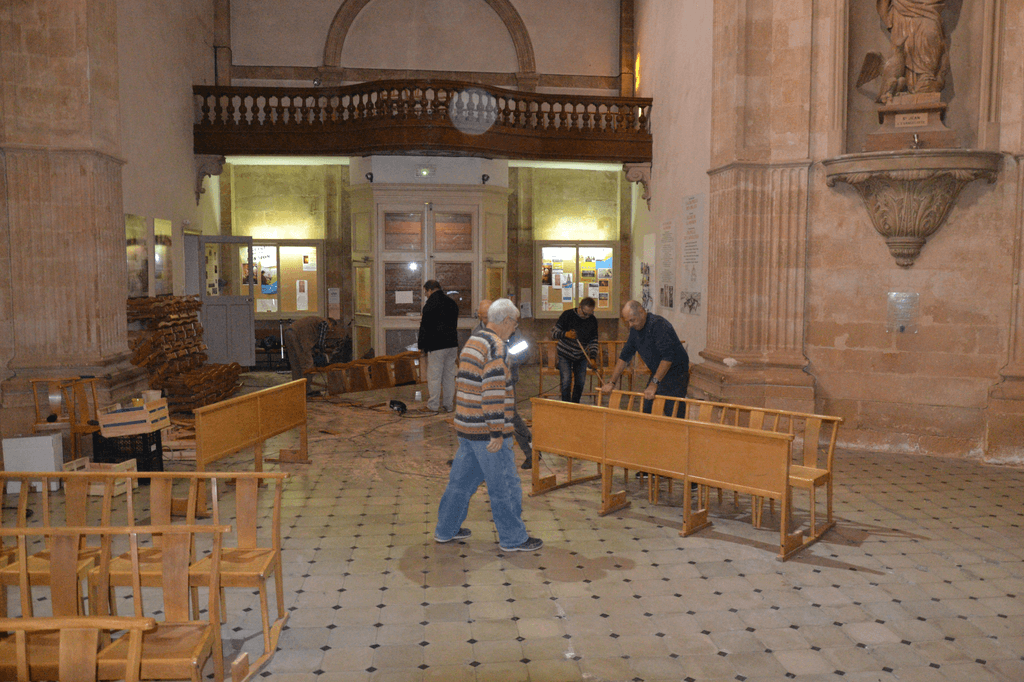 In 2016, it had become urgent to relaunch a study on the renewal of the furnishings of the Chapel and a fundraising project was launched. The Oblate Delegation of Scandinavia offered to pay a certain percentage and so did the faithful of the Chapel and the rest of the costs were borne by the local Oblate community.

After some scouting and analysis of different quotations, the choice fell on beautiful benches made by a company called Jean-Sébastien Brunet, in Annecy.

At the beginning of September 2017, the project became a reality, the pews were delivered in early December 2017.

On the 1st Sunday of Advent, by the end of the Eucharist, a team was already dismantling the old chairs; by the next day we were cleaning the Chapel and removing the left-over pieces of wood. 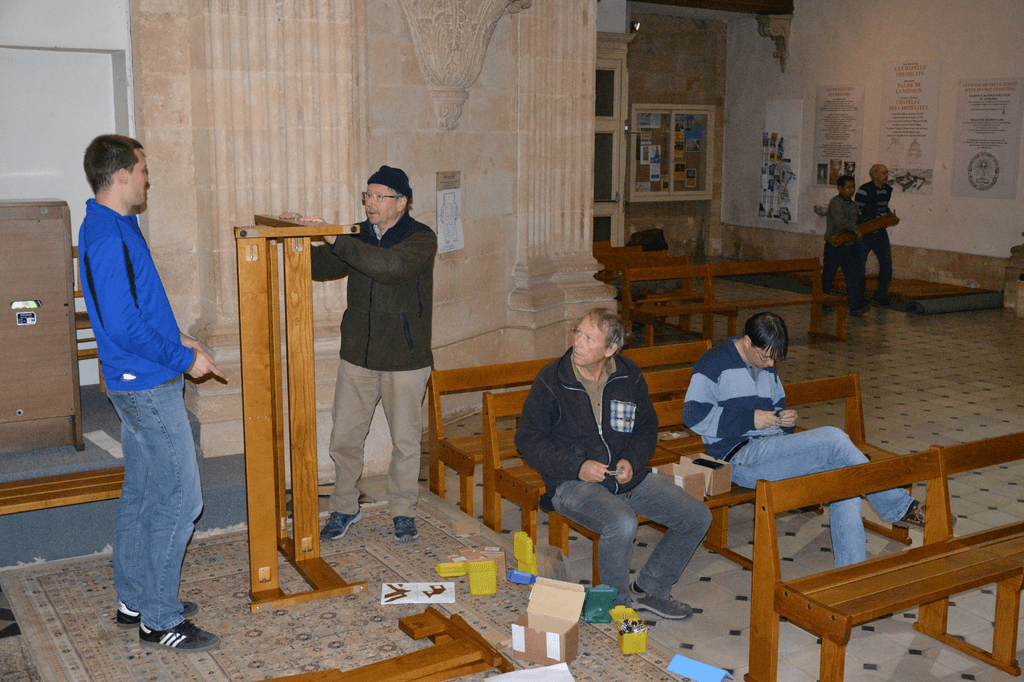 A dozen row of old chairs was able to find refuge in the Church of Saint Laurent du Verdon (whose furniture had not been changed since the days of St. Eugene of Mazenod.)

On Tuesday morning at exactly 07h00, the benches were delivered in a kit (like Ikea). An “Emergency Team” could immediately be put to work to get the parcel in the Church, identify the various elements and start assembling the new furniture. Around noon, more than half of the benches were assembled and by 16h00 the work was done!

The Chapel of the Oblates is now equipped with new benches, for 100 years.

Thanks to all the donors and volunteers who helped to install benches in record time.